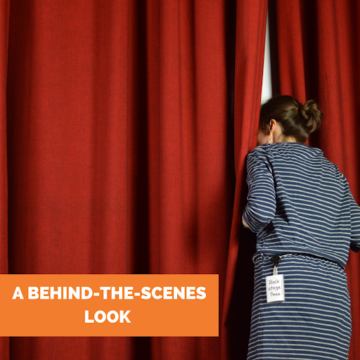 Brand resonance is the intense psychological connection between consumers and a brand. It refers to how well consumers relate to the products or services of a brand, and the degree to which they keep that brand top of mind in different buying situations.

To successfully ensure that consumers take action thereafter, a brand must show how their product or service is superior. As well as ensuring to make a connection between the customer’s emotions and logic, and the product or service.

So let’s learn from TOMS, an organization that did a fantastic job at building their brand by positioning themselves differently and connecting with their audience through emotions and logic.

As TOMS established themselves, they had a unique business model: One-for-One. Buy a pair of TOMS and the company will, in turn, give a pair of the very same shoes to impoverished children. TOMS appealed to the emotions of their target audience by tugging at the heartstrings of social responsibility. As well as the rational logic behind their business model. When a customer buys a shoe, they instantly become a sponsor of a child in need.

Their target market was socially conscious millennials and elder Gen Zs. Gen Zs who were aware of, and kept up with, trends. They were high schoolers, college/university students, and celebrities.

The uniqueness of the TOMS business model made competition scarce. Their few competitors included Skechers, Dansko Shoes, Crocs and Converse. But TOMS positioned itself above the rest as they had the first-mover advantage. They did something that no other shoe company had done before. Their business model was so successful at first that it was emulated by one of their competitors: Skechers and their line of BOBS shoes.

Pro-tip: Worry not if you are not first — it is great to be first, but being second is still pretty damn good. Sometimes patience pays off as second in the market benefits from the footprints left behind by the first.

Establishing Points of Parity (PoPs) and Points of Difference (PoDs)

Humans are creatures of habit, we are more comfortable in a familiar setting. When something “new” appears and tries to disrupt the status quo of our routines, We usually meet it with reluctance. So, brands like TOMS established strategies to help combat that challenge.

TOMS first had to show the world that they were as good as the competition by matching the varied categories being offered by their competitors. TOMS’ PoPs were their wide range of shoes, slip-ons, boots, dress shoes, sandals, heels, and many more.

Their main point of difference was their business model which, at first, had never been done before. When you bought a shoe, you were part of a “social movement;”. You were among the many in-trend young adults, students and celebrities helping children in need. Buying and wearing TOMS allowed you to become part of social change, a part of the trendsetters of the time.

These PoPs and PoDs were authentic and on-brand for TOMS. They gave TOMS enough leverage to be considered among the competition while giving them an edge that resonated with their target audience. These strategies piqued audience interest while easing their reluctance toward the new, thus contributing to the exponential growth of the company.

TOMS satisfied many logical needs in terms of performance, since they were both practical and comfortable. Thanks to celebrities, the company appealed to consumer emotions; it was credible and had authority. Socially conscious consumers bought the shoes, which were in-line with their values and personality. Evoked an enhanced sense of pride and self-respect, as well as social approval. 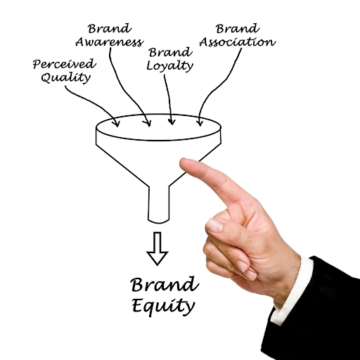 Their marketing tactics were successful because they created a logical and emotional bond with their audience. In the end, TOMS shoes resonated with consumers, who became their most loyal brand ambassadors, thus building brand equity.

As of today, TOMS is still committed to social responsibility. They no longer have the one-for-one model, opting instead to provide 1/3 of their net profits towards their giving fund. That is, for every $3 they make, they give $1 away. The TOMS “COVID-19 Global Giving Fund” alone produced more than $2 million to support partners on the frontlines. Although not as big or in the spotlight as they were at their inception, TOMS has continued to evolve, updating their PoDs and PoPs to remain competitive, and maintaining their appeal and commitment to their customers.

Building your brand can be easy, if done right, with the proper tactics and strategies. Contact us so we can build your brand to the next level. 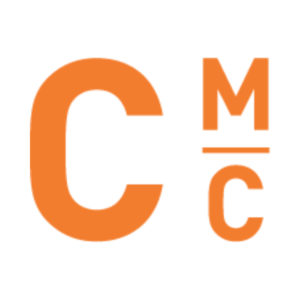 News
Contact
We use cookies to ensure that we give you the best experience on our website. If you continue to use this site we will assume that you are happy with it.Ok