The Holidays are Coming… 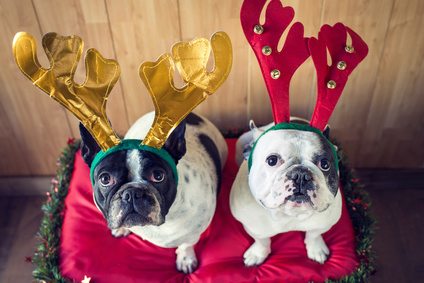 ..and in fact in the UK, they are already here. The reason we know? The annual John Lewis Christmas TV commercial has been released.

John Lewis is a British department store in the vein of a Nordstrom but with a touch of the Bay – selling mostly their own-brand products with a nod to the high end, favoured by the middle class and generally frequented by an older crowd.

Their annual Christmas TV commercial has now become as much, if not more of, an institution than the store itself.

Since 2007, the release of these holiday mini-movies, evoking something emotional, sometimes odd, but generally adorable have become a highly anticipated event (they even have their own Wikipedia page). The songs that accompany them usually do incredibly well in the Christmas charts (and in the UK, this is still a really big thing – those who have seen Love Actually can attest to that), and any items featured in the advert, can expect to immediately fly off the shelves (see the Monty the Penguin link below).

The John Lewis Christmas ad is a marketing dream. It’s the stuff we LOVE to do for our clients – having the budget to make something big, influential, creative AND with the guarantee it will be wildly popular and seen by tens of millions of people!

So what did they do this year?

The interesting thing is that the commercial was released on November 10th. You know, just two days after a certain US election. Morale was generally low, especially in a country that had already been shocked by the Brexit result earlier in the year. The British people were actively looking for something to be happy about…

So when Buster the Boxer (available for purchase here), the star of this years’ commercial, burst onto the scene, the nation breathed a sigh of relief! YES! Everything will be right with the world! A boxer dog who just wants to bounce!

But here’s the thing…

The ending to this ad didn’t quite feel right for some reason….

In previous years, we’ve been led down an obvious emotional path and we know how we’re supposed to feel at the end – and this time, we felt, I don’t know, a little empty?

What was it that just wasn’t working?

The ad has a cute kid, adorable British nocturnal creatures, a happy puppy who just wants to beat his companion to the trampoline and jump….

And that was it….

It was a little too close to home. Something very similar had just happened, and we were all licking our wounds from it. And here it is – the nail on the head of “it-doesn’t-feel-right.”

Now that we understand what it was causing the discomfort, we can do what half of voters in the US are just going to have to do.

Keep seeing it repeated on TV ad infinitum, accept it, deal with it and move on.

And if you can’t do that, then at least watch this video of Buster’s biggest fan:

The Man in the Moon

The Bear and the Hare