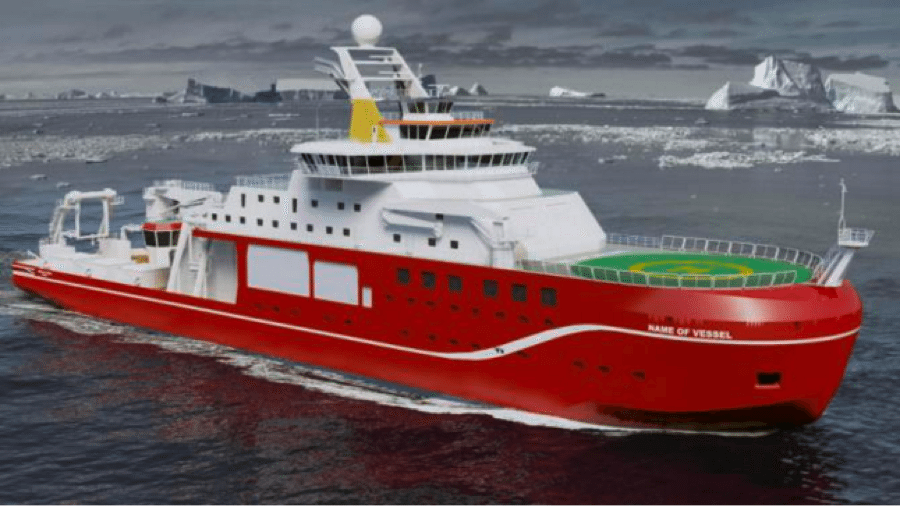 I can’t help feeling a mixture of things today – pride in my homeland for being very funny and typically wry, in a way only the British can be – and also insanely frustrated at a huge PR opportunity that is slowly escaping down the drain.

In case you’ve missed this pretty great story, the Natural Environment Research Council, an environmental science funding body in the UK, recently decided to get input from the Great British public in naming its newest polar research ship. This campaign was launched on NERC’s website, but gained momentum thanks to the hashtag, #NameOurShip

When you’ve spent $376 million CDN on a state-of-the-art piece of floating technology, then you want a name that is fitting, respectful of the elements it will face, and possibly giving a nod to the more flesh-based explorers that have preceded it.

So why you would open this up to the sarcastic and wonderful British public for suggestions, rather than having them vote on some pre-selected ideas, is a bit of a mystery. However, thank goodness they went the route they did.

The front runner, by some significant amount we’re led to believe (although we cannot confirm or deny this, due to the NERC website “crashing” because of insane traffic in the wake of this story – aka “STEVE – SUSAN – SOMEONE!!! TAKE DOWN THE BLOODY WEBSITE IMMEDIATELY”) is the creative, hilarious and brilliant “Boaty McBoatface.” Yes. That. The suggested name for a boat. Boaty McBoatface. Amazing. I’m smiling as I type it. My eight-year-old would be suitably impressed.

This suggestion did not come from a child, or a company executive with an axe to grind. It came from some guy called James Hand, who works for the Independent Association of Prep Schools, a more British-named organization you’d be hard pressed to find.

James made the suggestion as a joke. And it’s gone crazy. So much so, that the NERC will now have to come up with a terribly clever way to NOT name nearly $400 million worth of ship, the RSS Boaty McBoatface. Red McBoatface’s all around, I’d say.

According to Twitter, Hand is a Communications Manager at his organization, and I would suggest he could be going onto bigger and better things in the near future. I sadly can’t say the same for the snappily titled “Director of Corporate Affairs and Change Management” at NERC, who instead of addressing this amusing and now global story with something suitably witty and appropriate, has released a corporate statement saying how great it is that so many people are participating, and while alluding to Boaty only slightly, says they’re just DELIGHTED with peoples creativity and enthusiasm in coming up with suggestions.

She ends with: ““Many of them reflect the importance of the ship’s scientific role by celebrating great British explorers and scientists. We are pleased that people are embracing the idea in a spirit of fun,” adding that the final decision will be announced “in due time.”

OH, COME ON! Have a little fun with this, would you??

In the same way that Jamba Juice created a Swishy Chug drink after Adele’s Ellen appearance turned them into a punchline, or the way Justin Bieber allowed himself to be publicly roasted following a series of potentially career-destroying PR mistakes – when you’re the butt of a joke, sometimes you’ve got to just embrace the joke. Or at least let people know you have the ability to laugh. Also, NERC should be enjoying the fact they were a little-known organization just a few days ago and now the whole world is talking about them – and it’s not because something went epically, tragically wrong!

As for Hand, he’s apologized to NERC for things getting a little crazy, something he didn’t anticipate, and according to his Twitter feed, he’s now receiving calls from media all over the world. As if his Boaty McBoatface idea didn’t already prove it, one of his latest Tweets shows he’s got a real sense of humour – and I think NERC could do worse than considering him for a position in their humourless communications office.