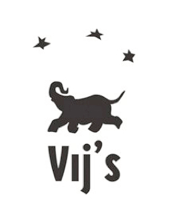 Award-winning chef will livestream as he cooks family meal

VANCOUVER (February 19th, 2013) – Award-winning Vancouver-based chef Vikram Vij will host a Canadian first this March – a live online cooking show where viewers will be able to follow along and make a delicious family dinner at the same time. As well, the experience will be interactive, meaning you can Tweet Vikram live with a question if you have a problem while cooking your meal at home.

Cook Live With Vikram Vij will give families across Canada – even around the world! – the chance to cook with with an internationally renowned chef. The ingredients will be put online and will be available for download from the Vij’s website, www.vijs.ca during the week of March 4th, with Vikram taking to the worldwide web to create a delicious family meal live on March 7th, 2013. Families are being encouraged to “do-as-he-does”, putting together the ingredients at the same time, as he talks people through the process of cooking an Indian family recipe together.

“Eating together as a family is such an enriching experience,” says Vij, “I want to encourage families to cook together as well – and if I can spread the word of Indian cuisine at the same time, then I’m proud to do that.”

Cook Live With Vikram Vij will be coming to you from Cirillo’s Culinary Academy at 6pm EST, 3pm PST on March 7th 2013, giving people in every time zone the opportunity to either cook a meal and serve it straight up on the dinner table, or prepare a wonderful dinner ahead of the family arriving home a few hours later.

Viewers will be able to log on to the live stream by visiting the Vij’s website at www.vijs.ca and they can Tweet questions or comments on how their meals are coming along by using the hashtag #Vijcooklive.

Vikram Vij and his wife Meeru Dhalwala are the co-owners of the award-winning restaurants Vij’s and Rangoli in Vancouver, British Columbia. He was born in India and grew up in Amritsar and Bombay.

Vikram Vij is a familiar face in Canadian cuisine. He is a featured guest on Top Chef Canada and has appeared on Anthony Bourdain’s No Reservations as well as The Marilyn Denis Show and Cityline.

Vij has published two award-winning cookbooks – Vij’s: Elegant and Inspired Indian Cuisine and Vij’s at Home: Relax, Honey. As well, he has his own named brand selection of frozen foods that are available at Whole Foods, Loblaws and other fine retailers across the country.